Eeki Foods, an agritech startup, has raised $6.5 million in Series A funding and plans to expand its farming operations to more barren land. 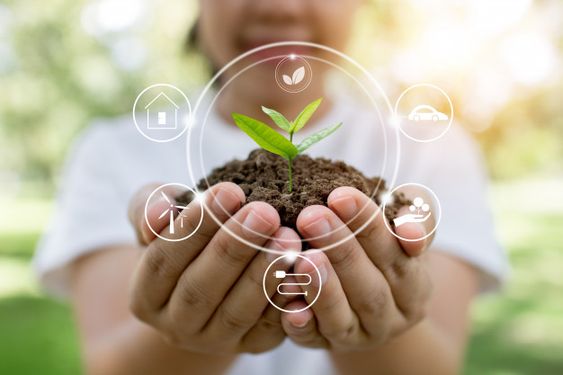 Eeki Foods, an agritech firm, has raised $6.5 million in Series A funding led by General Catalyst (GC), with participation from Avaana Capital and Better Capital. Other angel investors that participated in the round included Irving Fain, CEO and founder of Bowery Farming; Subbu Palaniappan, director and head of Amazon Prime India; Srinivas Narayanan, former VP of Engineering at Facebook; and Akhil Gupta and Amit Kumar Agarwal, cofounders of NoBroker.com.

Eeki Foods intends to expand to hundreds of acres with the new investment. In the coming year, the firm will concentrate on growing its workforce, technology, and organizational size. According to Inc42, the firm plans to occupy abandoned and unproductive areas in water-scarce regions like Haryana, Rajasthan, Gujarat, and Maharashtra so that they may be used for cultivation with less water.

“We are actively seeking collaborations with corporates, high net worth individuals (HNIs), and other retail farmers in Rajasthan, Delhi-NCR, and Maharashtra to construct such farms across the country,” stated Abhay Singh, CEO and cofounder, and Amit Kumar, COO, and cofounder, of Eeki Foods.

Eeki Foods was formed in 2018 by Singh and Kumar, both IIT-Bombay graduates, to make farming more sustainable and climate-proof through their patent-pending growth chambers. These growing chambers provide plants and their roots with the most perfect growing conditions without using any growing media such as soil or coco peat.

It ensures that the nutrient solutions applied to the roots of the plants are continuously recirculated until all of the water has been consumed by using technology. With this system, Eeki Foods claims to utilize 80 percent less water than standard farming methods.

The startup raised $2 million in a pre-series A funding round led by Avaana Capital, with participation from Better Capital and Icebreaker VC, in February of this year.

According to a 2019 report from NASSCOM, India’s agritech sector is developing at a 25% annual rate. In the last four years, India’s agritech businesses have seen extraordinary development, as well as increased attention from venture capitalists. According to recent research by Inc42 Plus, agritech entrepreneurs are increasingly developing farmer platforms, B2B Agri markets, rural fintech enterprises, and farm-to-consumer (F2C) brands using 4G connectivity and rising smartphone penetration.

According to the report, India’s addressable agritech market opportunity is estimated to reach $24.1 billion by 2025, with agritech firms tapping only $204 million so far. As a result, the agritech sector has enormous potential provided the right methods and concepts are implemented.